You CAN recruit board members for a high-performing board! PART 1 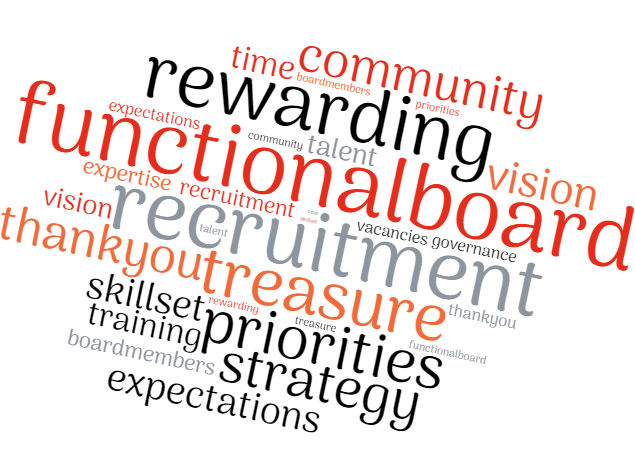 “If all nonprofit boards focused on the mission, did not allow individual agendas and personalities to overwhelm the collective needs of the organization, and worked in partnership to define the organization’s future, a great deal of dysfunction would disappear from the nonprofit sector.”

Calling all nonprofit execs: does the above quote resonate with you?

I heard it again from another Executive Director today, bringing the number of such statements made in less than two weeks to FOUR: “We need more board members but it’s just so difficult to find them.” When I ask about their current strategy for purposefully recruiting board members, executive directors typically tell me that their organizations don’t actually have a strategy.

The other issue might be is that board members are not going beyond asking the question “Who do we know?”. Part of the problem with that question is that if it’s everybody task, it’s nobody’s task. Board members, like fundraising revenue, aren’t likely to magically appear at your doorstep imploring you to commit them to service. It’s simple. Activate a strategy and then ask.

Whose job is board recruitment?

State laws – and your bylaws – require a minimum number of directors on a board. If a board isn’t recruiting new talent to its ranks, often the recruitment function falls to the ED because it simply has to be done. This is a very slippery slope; it’s not the ED’s job – board recruitment is a board function. This is often a challenging aspect of governance for boards to accept, and I hear from my ED clients and colleagues that more often than not, they’re the ones out looking for the next organizational leaders. In what other sector of business is an employee expected to go out and recruit his or her bosses? Your hard-working ED has enough on their plate already. Board chairs, this ball is in your court – get that recruiting strategy in play.

Should board members replace themselves? NO!

Often, a board member who is in the process of terming out or stepping down from a board will be told that they must ‘replace themselves’. First, that board member’s family, friends, and colleagues are going to see him or her coming a mile away. Second, you’re likely to get somebody similar; while that’s not always a bad thing, but it may not be the most prudent strategy.

In PART 2 of this post later in the week, I’ll help you develop that recruiting strategy and give you ideas about how and where to find the right people.